It’s classy. It’s revolutionary. It’s got character. It’s the decorative movement that thrived back in the 1950s and got on a train with such long-life batteries that it reached our days with ease to be celebrated as the timeless style.

What is the mid-century style?

For a large number of interior designers, the style-clock stopped in the 1950s. Right in the mid of the century, a home interior style that had bloomed after the war found its name: mid-century style. In an effort to make a social change after the war and create stability for all households, architects of this period introduced this new style which showed distinct influences from the International style and Bauhaus. The main idea was to create the right postwar housing that would make each home unique and give people the chance to interact with the natural environment. So the mid-century modern style was considered organic and fresh. Which were the most distinguished features? Let’s see.

Mid-century homes had some common features, like the open spaces & the large windows and sliding glass doors. These characteristics were considered essential because they kept the space rather minimal in a functional sense and enabled people to observe the outdoors from indoors and thus get stimulated by nature. The indoor architectural design often had split-levels and furniture of different heights to create depth. The main materials used for furnishing were wood, metal, leather, and glass – everything that connected people to nature.

What’s interesting about this architectural period is the use of materials. Although architects and interior designers made use of traditional and non-traditional materials, they let them made a statement on their own. They didn’t use metal to mimic wood. Plastic was used as plastic. No material tried to imitate another. And that was perhaps an element, which made the mid-century style classic.

Since the idea was to have form follow function, mid-century homes were characterized by simplicity and functionality. Ornaments were kept at minimum levels. Geometric forms were dominant in the room.  There were clean lines and no excess in either furniture or decorative items. There was no clutter whatsoever but there was color. It’s not hard to understand the reasons why people would want colorful houses in a postwar period! The color palette ranged from intense hues and neutrals to the bold contrast of black and white.

Why is there a hype around mid-century decoration?

Today, the mid-century style has made a strong comeback. Or hasn’t it never left? You walk into an office and see Knoll chairs. You are invited to a friend’s house and Saarinen’s Tulip Chair is the main design feature in the dining room. That’s evidence that people look up mid-century interior designers and would invest in mid-century furniture although it’s not often cheap. Some would even transform an entire house in accordance with the characteristics of this decorative movement. And such initiatives leave the rest of us, outsiders, wondering about this storm of hype around this style!

We are lucky to live in a period, which has already experienced a series of amazing design movements. We are even luckier if you think that it only takes a couple of clicks to order a Jean-Michel Frank club chair, Bertoia’s Diamond Chair, or the famous lounge chair by Charles Eames. Among all other design eras, this particular one has front seat tickets to a time machine that seems to be traveling through decades shadowing other styles. That’s perhaps Baroque and Rococo are too heavy to jump from one decade to the other and still get broad acceptance since over the years people seek more and more functional ideas. But then again, we are all tired of walking into the same homes with mass-produced furniture and similar decorations. We all seek something different that will stand out and make our homes interesting.

The truth is that this style has advocates but also people who dislike the style. In either case, the mid-century design will rather make and won’t break the interior style. It’s simple and clean and has some great elements, which were absorbed by other movements. Take the large window openings and the geometric lines, which are similar to the minimal approach although the stylistic tone is totally different. Of course, if you want to transform your home into a mid-century rep, you need to go all the way and adopt all its elements. The question is should you go for it or not?

Should we turn our homes into mid-century replicas?

Split-levels, big windows, wooden sofas, metal chairs…add these elements to your home and it would be like you have put the house in a time capsule and off to the ’50s. Which ’50s? The 1950s although we are heading to the 2050s. So it seems kind of odd. Adopting the simplicity and function of the mid-century style and thus its basic idea is one thing. Turning the home into a replica of another era might seem a bit out of place. Of course, that’s for you to decide.

The golden ratio is meeting mid-way. So, adding an Emiel Veranneman leather chaise longue in your office or living room is a great idea. Getting a pair of chairs by Ole Wanscher or a mid-century side table, a ceiling light or a chest of drawers will bring architectural interest in the room. Having upholstered armchairs free of patterns will add to the simplicity and celebrate the mid-century style. But turning the entire house into a mid-century replica might be too much unless you are a true advocate. Don’t forget that most items cost too much today. And so you may decide to get a special mid-century lamp, table or chair but it will be hard to redecorate the entire house.

The good news for all those who would love the idea of having a mid-century home but are on a budget is that this is not a matchy-matchy style anyway. And so you can use some elements and get a few things to create focal points without having to transform the entire room. Sometimes, a ceiling mid-century lighting fixture over a contemporary dining table is enough to make a statement. A simple mid-century chair along with a wooden table and lamp in the corner of a room will make a point. One sole piece (or two) can set the tone you want if you stick to the rest of the main mid-century features (geometric and clean lines, simplicity etc.). It will make the house unique without putting it in a time capsule with the 1950s being the destination.

One thing which made the mid-century style widely accepted and popular for decades was its classic simplicity and the fact that created spaces where people could live in. It was the safe way of decorating the home and know that you cannot go wrong. Such characteristics gain universal acceptance because they praise people and comfort. But no matter how much this style is appreciated, we can’t help but move on. And regardless of how interesting time machines are, replicas are just replicas. Uniqueness comes with a moderate combination of styles that would define you and thus your space. So our advice is this: get your favorite mid-century item be it an Eames fiberglass chair or a Saarinen tulip table or Mogensen’s Spanish chair or Mies van der Rohe glass coffee table and create spaces that speak to you and move you towards to the next ’50s. The Best Tips for Setting up a New Home

11 Tips to Make Your Home Ceiling Look Much Higher 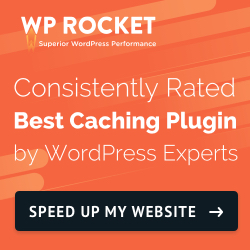 Close Menu
Share via
Send this to a friend
We use cookies to ensure that we give you the best experience on our website. If you continue to use this site we will assume that you are happy with it.OkNoPrivacy policy